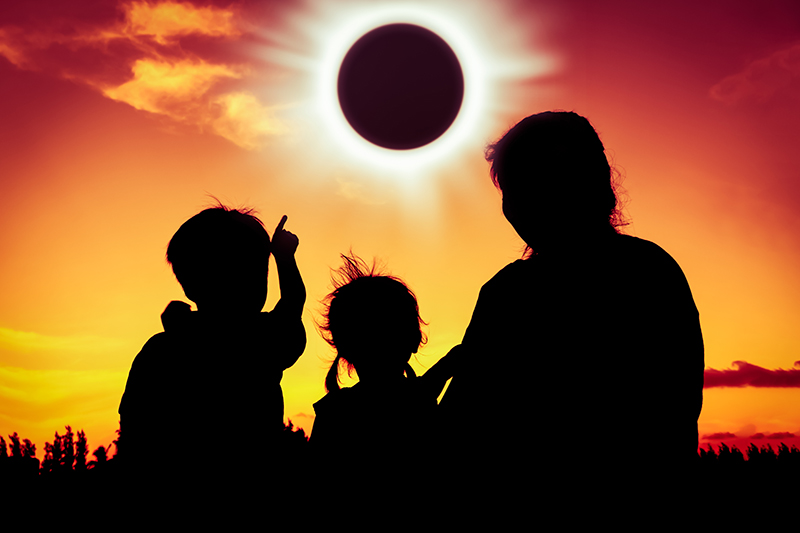 So, imagine if you will, that it’s 1500 BC and you are the astrologer to the Babylonian king.  Yes, you can wear any outfit you like, so feel free to get crazy.

As the king’s astrologer, it is your job to predict events that will be useful or of extreme importance.  You do your calculations (sorry it’s going to be longhand because computers were not yet available), and you conclude that there are two upcoming eclipses – a solar eclipse and a lunar eclipse.

What would you do?

Well, in ancient times eclipses were ominous warnings.  Eclipses seemed to coincide with wars, floods that ravaged the lands, earthquakes, dangerous weather and volcanic eruptions, attempted coups, and the death of the kingdom’s ruler. Your job is to convey the will of the gods, and every ruler wants the favor of the deity because their reign and the allegiance of their citizens depended upon it. So, you enter the king’s office to inform him of the future to avoid future calamities.

Now, let’s imagine that you are the astrological advisor to the President of the United States. You are sitting in your corner office with all the amenities a job in the 21st century provides including a computer with ‘high end’ astrology software. The chief of staff has asked you to map out the transits for the next six months, and you notice that the solar eclipse is within orb of the Sun in the United States chart landing in the 7th house of partnerships and open enemies.

You quickly glance at the latest headlines and notice tariffs with China, problems with Mexico due to immigration issues, and potential conflicts with Iran.  The eclipse is opposed to Saturn, which intensifies your concern.  You pull out your laptop and write a memo encouraging caution because any action could have potential consequences leading to citizen hardships.  In other words, the gods have spoken, and it will be up to the President as to whether he will listen.

I am sure that you have correctly guessed that this web series is about eclipses.  I have seen a lot of fantastic articles that have explored the mundane application and the effects that eclipses have on world events. However, there is very little that is written on using eclipses energies in our personal lives, even though worldly affairs ultimately affect us all personally.

I am going to break down this web series into digestible chunks that you can go through at your own pace.  I recommend that you get a copy of your chart so that you can follow along.  If you have little knowledge of astrology, many sites provide basic horoscopes, and most of these have daily planetary guides.  I will leave it up to you to decide what sites you prefer.  Further, you can also check out my Astro 101 series for further information.