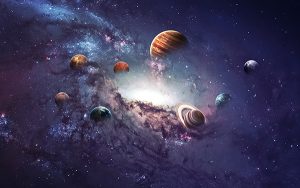 Welcome to the final post of my Eclipse web series.  In this post, we are going to focus on eclipsed planets.

If you do not have a copy of your horoscope, you can get one from astro.com.  You can enter your date, and the site will generate one for you. If you do not know the time of your birth, you can still get a copy of your chart. Use noon as your time of birth, and although we can’t depend on the location of the Moon, the rest of the planets will be accurate.

I want to repeat something I put in my article on eclipsed houses:

Since the bulk of my work involves natal astrology for life coaching, I am going to gear this article towards self-improvement and using an eclipse as a tool.  Remember, eclipses are potent lunar phases, meaning they are still New and Full Moons.  New Moons reflect new beginnings, new opportunities, planting new seeds, and the beginning of a new cycle; whereas, Full Moons reflect things that come to a culminate or climax, revelations of circumstances that are hidden from view, and the completion of a cycle.  So, not surprisingly eclipse season can be a powerful month of intention and magical work.

Before we begin, I want to let you know that eclipse cycles have a 19-year span. So, an exercise you can do to see the themes of this eclipse for you is to look at what was happening in your life 19 years ago.  The themes will repeat themselves, even though the events may be different.

So, pretty much everyone knows what sign they are.  For example, I’m a Leo.   This really means that my Sun is in Leo.  But there are several other planets (and some asteroids, dwarf planets, centaurs, and other debris) in the solar system, and each one of them has a location in your horoscope, and they represent dynamic archetypal patterns in our lives.  To state this more simply, the horoscope is our personal feature film, and the planets are the actors.

Every day the planets are in constant motion.  Some of them move very quickly through the zodiac, like the Moon, which moves through every sign in about 28 days, and some of them move very slowly, like Pluto, which moves through the entire zodiac in 248 years.  This movement through the heavens in astrological terms are called transits.  While planets are transiting, they come into contact by making angles to other planets in the sky, and these angles are called aspects.  For example, if Venus is at 19 Aquarius and Saturn is at 19 Taurus, then this angle is 90 degrees, and this is known as a square.  Furthermore, the lunar phases move through the horoscope relatively quickly and constantly form aspects to different degrees of the zodiac, and occasionally these aspects occur during an eclipse, which supercharges the planet, or in astrological terms, eclipses it.

I am going to go through the planets, but I am only going to use the two luminaries (the Sun and the Moon are called planets in astrology for simplicity), the inner planets, the social planets, and Uranus, Neptune, and Pluto.

The Sun is the CEO of the chart, the big dog.  He is the center of personality, and it is through the Sun that you work out your destiny.  If your Sun is eclipsed, then important issues that correspond to your personal development occur.  It can be a new job opportunity or a new path in life, but it’s usually a period in which you are called to become your Hero in your journey.  If your Sun is aspected by a solar eclipse, then new opportunities for you to shine will develop.   You could get a promotion or recognition for your efforts.  Doors easily open for you that may have been closed previously, and you seem to level up in the game of life.  If your Sun is aspected by a lunar eclipse, then you may question yourself, experience self-doubt and feel like you are wandering down the road to nowhere.  It can be extremely crippling and force you to look at your personal path and direction.  As we go through life, we often fall off the track, but lunar eclipses help us get off the road to nowhere by forcing us to find the right path once again.

The Moon in astrology is how we express our feelings, but it is also how we feel safe and secure.   She reflects our early childhood and our connection to home and family.  If your Moon is eclipsed, then changes to your living situation or situations with family members become a significant focus over the next six months.  If your Moon is aspected by a solar eclipse, then opportunities to change homes, build a stronger safety net, or become more open to your true feelings may occur.  If your Moon is aspected by the lunar eclipse, then you may need to let go of your emotional attachment to things, including family members.  I have seen on numerous occasions issues surrounding family members health conditions become a major concern when the Moon is eclipsed.

Mercury is how we understand life.  He is our connection to learning, communication, how we view and process our experiences in the world, and how we think.  When Mercury is eclipsed issues surrounding ideas, thoughts, and the mind, in general, become activated, and often, this can lead to feelings of great optimism or tremendous anxiety.  If your Mercury is aspected by a solar eclipse, opportunities to learn, engage in the process of the mind, or develop new interests are possible.  If your Mercury is aspected by a lunar eclipse, it may be time to change course or take continued education classes.  Further communication could become an issue, and you may need to watch what you say very carefully.  Since Mercury is the natural ruler of travel, be careful if you are taking vacations or trips because the trickster planet creeps up in the most unexpected ways.

Mars is the action planet of the horoscope.  He reflects our will and desire.  When Mars is eclipsed, we tend to like to fight for what we want.  If your Mars is aspected by a solar eclipse, then conflicts may lead to an ultimate win as you overcome obstacles that are preventing you from getting what you desire, or it could lead to success after a long struggle.  If your Mars is aspected by a lunar eclipse, then you may need to learn the art of compromise and realize that getting part of what you want is still a win.  Since Mars rules accidents, be careful of taking any unnecessary risks over the next six months.

In astrology, Jupiter is considered the great benefic.  He is deemed to be lucky and helps us renew our faith in life.  An eclipsed Jupiter could easily mean a change in luck and that our fortunes may vastly improve, or it could mean time in life in which we need to expand our place in the world.  Often, during an eclipsed Jupiter, we need to pursue spiritual matters because expanding our belief systems is also highlighted.  However, since Jupiter is expansive, it could reflect that you have taken on too much and need to reanalyze your commitments.  Since Jupiter rules the law, legal issues could surface and need to be resolved over the next six months.

Saturn is the last planet in the solar system that we can see with the visible eye, and with his large rings, he represents boundaries in the horoscope.  These Saturnian boundaries can often occur through frustrations and obstacles that teach us patience and to have the willingness to take life more seriously.  An eclipsed Saturn can bring trials and tribulations into your life, but these trials, if you are willing to work through them, offer enormous rewards.  Issues surrounding career and business concerns could surface, but once you get through them, a more permanent structure can be relied upon.  Saturn also rules our fears, and eclipse season is a good time to let go of ones that are not realistic.

Uranus reflects an urge to break free of conventional norms based upon a particular political vision of the times.  An eclipsed Uranus can be exciting because it creates a sudden change in your life.  Often things that you hold onto too rigidly are blown apart or fall apart at the seams, which could include career, relationships, financial matters or even your health.  The warning here is to try to embrace the change that occurs even though it may provoke anxiety.  Further, an eclipsed Uranus could trigger increased interest in politics and political affairs.

The keyword to associate with Neptune is idealization.  Idealization is when you imagine things to be perfect, and then you are emotionally let down when the fantasy fades.  An eclipsed Neptune can bring idealizations into your life, especially in relationships, which could lead to co-dependency issues.  On the positive side, an eclipsed Neptune can foster creative inspiration and spiritual interests.  On the negative side, an eclipsed Neptune can lead to self-deception, drug and alcohol abuse, confusion, and uncertainty.  It is essential to stay grounded during the six-month window if your Neptune is eclipsed.  Additionally, you should be wary of individuals who are too good to be true; it is easy to be scammed while this eclipse cycle is active.

Out of the three outer planets, Pluto is probably the most difficult to personalize.  He reflects deep collective issues of survival, and perhaps an activated Pluto in your chart will bring forth the collective survival issues of your generational group.  Pluto in the horoscope tends to reflect issues that need to be amputated for growth to occur, and as a result, permanent changes are often required.  The necessity for change could lead you into the underworld to understand yourself on a deeper level.  However, eclipsed Pluto’s can also lead to relationship issues, power struggles, jealousies, and bitter resentments if it is ignored.  In the case of an eclipsed Pluto, it is always best to work with the energy rather than ignoring it, because ignoring it tends to project it into the outer world in destructive ways.

I want to discuss one more thing before closing out this blog post.  The eclipse degree is highly sensitive, and if the eclipse is in hard aspect to one of your natal planets, then any transit to the natal planet will retrigger the urgency of the eclipse.

“Everything that has a beginning must also have an end.”