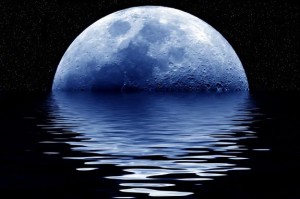 In the last episode of Keep It Magic, Jacki and I explored the Moon from the psychological and mythological perspective.  It is one of the episodes I am the most proud of because I feel that understanding yourself on a deeper level ultimately gives you the ability to make better choices as well as be more sympathetic to those around you.  If you have not listened to the last episode, I have provided the widget at the end of this article as an audio companion.

Now here is your cheat sheet to help you with interpreting and understanding your personal moon placement which I did not have time to do on the show.  If you need to find out where in the heavens your moon is, you can get a copy of your chart for free on my website.  If you need help interpreting your chart, then I have provided this free tutorial to assist you.

Moon in Aries:  The two most important things for the Moon in Aries is being who they are and understanding their inner purpose – which they will fight to their dying breath to achieve.  Aries is ruled by the fiery planet Mars that loves to get what it wants at all costs and really is not interested in lengthy time tables.  The Moon in Aries wants it now and as a result can appear intense, impatient, and abrupt.  They do not hide behind emblems of appropriateness and political correctness does not interest these lunar types; as such, they express their feelings impulsively and directly.  Above all, the Moon in Aries strives to be number one and has a fiercely competitive edge.  When the Moon expresses itself positively in Aries it’s spontaneous, enthusiastic, and fearless.  When it’s afflicted it can be reckless, selfish, and combative.

Moon in Taurus:  There is nothing more tasteful and appetizing for the sign of Taurus than security and comfort, and the Moon being in the sign of the bull can bask in its emotional warmth.  Taurus is one of the more structured signs of the zodiac and is capable of enduring unconditional love after all the other signs have given up hope. However, once the Moon in Taurus reaches is breaking point it can be rather slow to forgive and can hold a grudge for long periods of time.  The most difficult experience for the Moon is Taurus is change.  Whether the change is about emotional expression, their careers, material concerns or relationships, any sudden shift in their structured lives can provoke enormous anxiety and trepidacious feelings.  When the Moon expresses itself consciously in Taurus it is sensual, patient, and domestic.  When it is afflicted it can be possessive, stubborn, and self-indulgent.

The Moon in Gemini:  Emotional expression and comfort is found in the world of ideas and communication with others.  The Moon in the sign of the twins is often found with the latest self-help book, providing advice to their friends and relatives, and enjoy being social butterflies where they can express themselves and their opinions to others.  However, despite their social appetites and grace, the Moon in Gemini is prone to moods and erratic behavior that can change faster than the weather in Florida – especially if they feel they are misunderstood.  Further, the Moon in Gemini seeks intellectual rapport with those around them because they emotionally relate through endless supplies of intellectual ideals.  In fact, the easiest way to alienate this lunar placement is with a deluge of emotional intensity.  When the Moon is operating consciously in Gemini it is curious, sociable, and lighthearted.  When the Moon is afflicted it is shallow, gossipy, and often high-strung.

The Moon in Cancer:  The Moon is at home in the sign of the crab where it reluctantly governs and where she is in her most natural habitat.  Everything that the sign of Cancer has to offer is aligned with the Moon and as such she has more of a chance of satisfying her emotional thirst and her emphasis on family and emotional connections.  One of the keywords for the sign of Cancer that I feel is vitally necessary to understanding the position is closeness.  The Moon in Cancer is afraid of loneliness and can often become bound to individuals that are highly dysfunctional because emotional isolation can provoke enormous anxiety.  Furthermore, those with their Moon in the sign of the crab can bind others to them through their unwavering devotion.  When the Moon is operating consciously in Cancer it is nurturing, loyal, maternal and sympathetic.  When it is afflicted it can be insecure, clinging, and afraid to let go.

Moon in Leo:  The sign of Leo is known for its majestic and larger than life qualities.  The lion is the king of the beasts, and the Moon in this position wants to be appreciated for its royal nature.  The Moon in Leo expresses its emotions dramatically and with ferocious vigor.  It’s loyal (often to its own undoing) to the core and devoted to those they care for, but in return it expects to be appreciated and admired.  This lunar placement likes a life filled with excitement and color, and when life becomes too banal they can become resentful and depressed.  After all, there is nothing glamorous and regal about ordinary living.  When the Moon in Leo is operating consciously it is dignified, courageous, generous, and loving.  When it is afflicted it can be prideful, vain, patronizing, and melodramatic.

Moon in Virgo:  The sign of Virgo is associated with rituals and the natural flow of the universe.  It is structured, controlled, and highly disciplined which leads to enormous refinement in those that have an emphasis of planets in the sign of the Virgin. The Moon in Virgo is no exception to the rule.  In fact, it is very rare for this moon to go off the deep end unless other factors in the chart denote emotional instability.  Furthermore, those with the Moon in Virgo can tend to have issues with people because of their surface coolness.  For the Moon in Virgo, expressions of emotion are contained and often performed through helpful acts which this Moon feels can be of more practical use to friends and love ones and they are often suspect of outward emotional displays that are merely lip service than genuine emotion.  When the Moon in Virgo is operating consciously it tends to be discriminating, disciplined, and serving.  When the Moon in Virgo is afflicted it is judgmental, obsessive-compulsive, and nitpicking.

Moon in Sagittarius:  The sign of Sagittarius is naturally imbued with the wander-lust and is always seeking the next adventure.  The sign of the archer is truly the Indiana Jones of the zodiac.  When the Moon is in Sagittarius the need to experience a life filled with adventure and new opportunities are at an all-time high – which is pursued with childlike fascination and boatloads of energy.  It is difficult to keep the Moon in Sagittarius grounded because the world of rules, regulations, form, and structure is boring and meaningless to them and they will quickly find ways (even if they have to create it themselves) to discover the next quest.  Further, they can become extremely frustrated in relationships if their wings are clipped and they are forced into too much restriction which ultimately lead to resentment.  When the Moon in Sagittarius is operating consciously it is optimistic, jovial, adventurous, and benevolent.  When it is afflicted it is self-righteous, pompous, irresponsible, and insensitive.

Moon in Capricorn:  Out of all the lunar positions, this one is probably the most difficult since the world of emotional expression and needing to rely upon others is difficult for Capricorn to wrap its mind around.  You have heard the old adage, “all work and no play makes Jack a dull boy, which is a natural idealism if the Moon is in Sagittarius, but the Moon in Capricorn believes that “all play and no work makes Jack a broke boy.”  For the Moon in the sign of the goat, structure and stability combined with reliability and responsibility are what provides them with security.  However, this can lead to trouble if their relationships because they often appear cold and indifferent.   In reality, they are the most emotionally protected and use aloofness as a tool to protect themselves from being hurt.  You will rarely find them being overtly emotionally expressive, but you will find them to be loyal, reliable, and dependable – especially to those that they love and care for.  When the Moon is operating consciously it is hardworking, pragmatic, reality, and responsible.  When the Moon is afflicted it’s guarded, distrustful, and self-doubting.

Moon in Aquarius: The element of air is the most resistant to the emotional pull of the watery moon and this is amplified in Uranus ruled Aquarius.  In fact, this lunar placement does not ask for much emotionally because it often understands or senses the undertones beneath emotional displays.  Because of this understanding, the Moon in Aquarius does not like to rock the boat and their emotional expression reflects their high standards of decency and respect for other people’s humanness.  However, the Aquarian Moon needs the emotional support of friends and associates more than any other sign and will sometimes sacrifice their own personal needs in order to maintain collective based relationships.   When the Moon in Aquarius is operating consciously it is people-oriented, freedom-loving, and unconventional.  When the Moon in Aquarius is afflicted it may be anarchist, eccentric, and inconsistent.

Moon in Pisces:  Those with the Moon in Pisces are the ‘Florence Nightingale’s’ of the zodiac – they love to be in service to others and can often be found at hospitals, social service offices, or as a volunteer for charities.  They have a lack of boundaries with others which assists them in understanding the emotional needs of those in need of assistance.  However, this can often lead to trouble in relationships because they often confuse emotional receptivity for love.  Since the Moon in Pisces is afraid of separateness and loneliness, they often get involved with dysfunctional individuals and create emotionally dependent relationships.  It is imperative that the Moon in the sign of the fish maintain a sense of self and develop an inward spiritual connection.  Otherwise, they can become possessed by their emotional needs and fall into longing and despair.  When the Moon in Pisces is operating consciously it is idealistic, intuitive, empathic, and humble.  When it is afflicted it can be chaotic, self-destructive, hypersensitive, and can feel victimized.