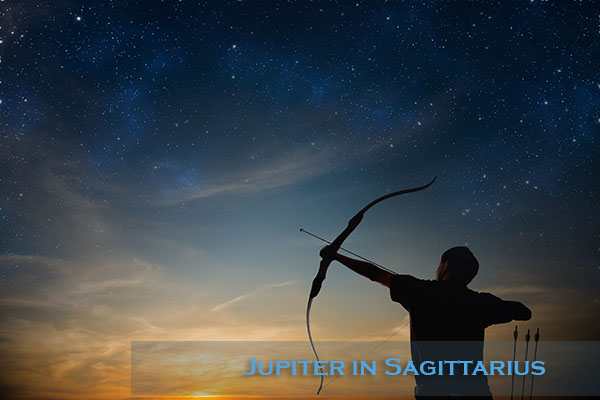 So, in February of 2007, then-Senator Barack Obama announced that he was running for President of the United States.  During his announcement speech, he uttered a phrase that would reverberate over the next eight years, “Yes, we can!”  Now, whether you agree with former President Obama’s politics or not, his phrases, his taglines, his demeanor, his promises, and his amazing oratory reflected the optimistic spirit of the times – Jupiter in Sagittarius.

Jupiter is one of the big guns in astrology.  Whereas Saturn transits through the heavens are often feared, Jupiter is not only welcomed but seen as “cosmic Santa Claus’ bequeathing his gifts. Jupiter gives us a bigger, better, and brighter glimpse of a potential future that if we are willing to believe enough, have certainty and hope, will ultimately happen.

One of the keywords associated with Jupiter is the curious word ‘luck’, and when Jupiter transits one of your natal planets, good stuff can happen, and usually does; however, according to the mystical Kabbalah, luck is not given simply because of happenstance, luck happens because you are intuitive enough to notice opportunities and turn them into reality.  In many ways, luck is our ability to leap from our secure porch of the now and have the certainty to leap into an unknown future.