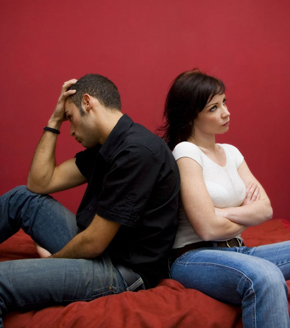 Are you lying awake at night waiting for the phone to ring?  Have you ever found that perfect someone, and later, things just fell apart?  Do you ever wonder if he is ever coming back?  Tired of being alone and need answers now?

These are the most frequent love questions I am asked:

Is he coming back?
Is new love coming into my life?
Which guy should I choose?
Will my relationship go to the next level?
Will he ever commit?
Is marriage in my future?

Here are some of my recent success stories:

After talking to Storm Cestavani, I deleted all the other psychic sites from my bookmarks.   For 2 years, I had been holding on to false hope that my former boyfriend would return, despite the cold hard facts that he wouldn’t.   Psychic after psychic on other psychic lines told me that he would eventually return, but he never did.

Finally, I called Storm for another opinion.  Storm told me to move on from the relationship that it was over.   As painful as it was for me to hear, I took his advice and let go.

It took a year to recover, but I am now in a good relationship and we got engaged last month.  I couldn’t have had the courage to move on if it was not for Storm Cestavani.    Sierra T., Deleware

In 2003, I divorced my first husband.  My marriage experience was riddled with betrayal, infidelity, and dishonesty.   I gave up on love and focused on career and building an identity and life for myself.

Curiously, I contacted Storm Cestavani to see if romance was ever in my future.   Storm saw new love on the horizon.  He told me that the relationship would be blessed by the sun, stars, and moon.   I did not make much sense of it at the time, but six months later I met a new guy at a shop called, “The Sun, Stars, and Moon.”  We have been dating ever since.    Donna C., Los Angeles, CA

I called Storm Cestavani to find out if my boyfriend would ever commit.  Storm seen a dynamic change around him, and the he would eventually commit.  He encouraged me to stay in the relationship.

In late 2010, my boyfriend received a significant promotion and raise.   The following New Year’s Eve he proposed, and we got married in September 2011.       Victoria N., Madison, WI

You can get an on-demand love reading from me right now by clicking the call button below. All first time callers using the Keen.com psychic platform receive 10 minutes for only $1.99!  You can get instant advice from me right now.  Remember, as I said in the Psychic Friends Network infomercials, “All it takes is a telephone and an open mind!”

Additionally, I am available by chat.  You can begin your chat sessions right now by clicking the call button below.

All readings are 100% confidential and satisfaction guaranteed!