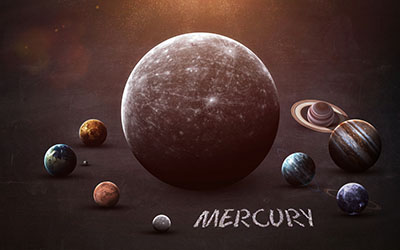 I recently got a phone call from a client.  She was horrified.

She just spent several thousand dollars on a new business she planned to start in 2016.  She maxed a credit card, took tons of online business courses, worked many an 18-hour day writing content, designing webpages, and working her regular muggle job.

And, now she thinks her business is doomed because her release date of her website is January 5th – the day Mercury went retrograde.

I’m going to tell you exactly what I told her:

“Mercury retrograde IS NOT BAD!”

Last year another friend of mine had a computer mishap while Mercury was retrograde.  She told me, “I hate all these tech problems that occur during Mercury retrograde.  It happens every single time!”

Well, after some probing (I have Mercury conjunct Pluto in Virgo), I found out that she had done zero maintenance on her computer since she bought it three years ago.  No defrag.  No virus scans.  No back up.  I know – the horror.

But, how could her lack of care for her computer be caused by little old Mercury, even if Mercury was retrograde?  I mean Mercury is the smallest of all the planets.  Why does he get a bum rap because of her ignorance, or perhaps laziness?

He shouldn’t!  Yet, there is a myth that Mercury retrograde is going to bring havoc, torment, and absolute misery into everyone’s life.  You can’t do anything about it, it just happens, and it is not anyone’s fault – it’s all because Mercury is a trickster and this is what he does.  It’s become so popular that even the media and good intentioned astrologers have succumbed to its spell.

However, Mercury retrograde (Rx) actually has a definite purpose in our lives.

So, what is it?  What does Mercury retrograde really do?  If anything!

Let me introduce you to a couple of Mercurian characters that I feel are important to understanding the Mercury retrograde cycle and hopefully we can begin to use Mercury retrograde as a tool rather than hiding under the bed afraid of the ‘trickster’ boogeyman.

Prometheus and Epimetheus were twin brothers, the sons of the Titan god Iapetus, and there are many associations that link the two to the sign of Gemini, which ironically enough is ruled by Mercury.  Their stories are featured heavily in the Greek cosmology myths that chronicle the struggle between the gods and their parents.  Both Prometheus and Epimetheus avoided direct confrontation with the King of the Gods, Zeus, but both would later tangle with the divine Olympian in other ways – especially Prometheus who was believed to be the creator of the human race and he contributed to the development of civilization and society.  So, he was highly invested in humans progressing, becoming more adaptive to living life (Gemini), and understanding and making the most of their environment (Virgo).

In one myth, during a ritual sacrifice, Prometheus, whose name means ‘foresight’, tricks Zeus into picking the sacrifice that was filled with bones and fat in order to give the meat and good bits to the humans.  Of course, this enrages Zeus and he retaliates by withholding fire from human beings.  So, Prometheus being the first ‘nonviolent activist’ steals fire from the sun god and gives it to humans.

In psychology, the element of fire is associated with intuition and our concern with a bigger and brighter tomorrow.  Fire is concerned with potential and possibility and even if one is suffering now, sooner or later things will change for the better.  Zeus withholding fire from humans was his way of preventing progress.  After all, if human beings can become progressive and eventually rely on themselves, why would they need the gods? Likewise, Mercury helps us understand life and through the process of learning and gaining experience, we rely less on structures and more on our own individual ingenuity.

Zeus is not a god that is just going to take this trespass lightly, so he punishes Prometheus by hanging him on a rock for eternity and then instructs his son Hephaistos to create a gift for Epimetheus, Prometheus’ brother.  The gift, of course, is the creation of the first woman; whose name is Pandora.   Meanwhile, Prometheus (having foresight) warned his brother not to accept even the smallest of gifts from Zeus, but because of her radiant beauty, Epimetheus could not resist.  So, even in ancient times, men were thinking about things other than their heads.

We all know how the story goes.  Pandora ultimately opens up a box that allows all the ills of the world (hard work, toil, disease, pestilence, hunger) to escape, but before the last spirit was released she quickly closed the box.  That last spirit was hope.

Epimetheus name means ‘hindsight’ and I am sure after all the plagues of mankind were released, he had second thoughts about accepting the gift that his brother warned him about, but hindsight is 50/50 and you can’t Monday morning quarterback with the gods.  Yet, despite his daftness, Epimetheus reflects our ability to look into the past and learn from the lessons and gain wisdom based on our experiences.  It isn’t until we have knowledge of something or how something operates, do we know how something does not operate.

There is a double bind in the story of Prometheus and Epimetheus.  On one hand, ignorance (lack of fire) prevents us from seeing the error of our ways.  We simply do not know that something is wrong or not operating effectively because we have no prior knowledge of it.  Once we have the knowledge and can do something with it (fire in the form of inspiration), we are also given responsibility.  We now know better.  And in order to progress forward, we have to deal with the ills (those nasty things in Pandora’s box) of life as well.  Yet, what is trapped within her box is also the undying quest for progress and the hope of a better tomorrow.

Prometheus and Epimetheus are great stories that teach us a lot about Mercury.  On one hand, Prometheus is the direct motion that offers us foresight, understanding, and the ability to learn from our direct experience.  Mercury is the god of communication and understanding, and he is the planet that we process all the bits of data that comes into our life on a day to day basis. On the other hand, Epimetheus is the retrograde motion that offers us the ability to reflect, learn from our mistakes, and carry on with wisdom and hindsight.  Both of these titan gods are tools that we can use reflected in the Mercury retrograde cycle.

Now, let’s bring this down to everyday life.

Rather than sticking your head in the sand over the next three weeks, it’s productive to use this cycle to reflect over the past few months and learn the lessons that you needed to learn.

Get out a notebook and ponder the following:

What were your major themes?   What problems came up over the last three months that you feel that you need to learn from or resolve?  What plans can you put in place to help you resolve your issues?

As for my client that called me in a panic over her business starting on the day Mercury goes retrograde?  Well, I told her that every business has a start-up period and everyone is going to make mistakes.  There is no perfect startup.  You have to change your mind about things, make decisions when things do not go as easily as you envisioned, and you have to learn from these experiences to make your business better.   Does it mean her business is doomed?  No.  This happens with every business and every entrepreneur that has ever existed – nobody gets it right the first few weeks.  I encouraged her to journal her experiences so she can learn from the Mercury retrograde rather than being afraid of it.   If anything, the problems that do surface may actually help her grow her business FASTER than others, because it will be much more apparent where things are not working as anticipated.

Now before I close out this blog post, I want to let you know that Mercury retrograde issues will occur.  Technology does seem to go crazy.  Your car tends to break down at the most inconvenient of times.  Plans may go awry.  If you travel, you should check and recheck your ticket information, departure times, and the current weather.  Try to avoid signing any documentation. Communication with others will go a bit crazy and conversations will get mangled.  But, most importantly, you need to keep living.  You need to run your life and not everything can be avoided during Mercury retrograde.  Additionally, problems that usually do occur, happen when we are being lackadaisical.   The key here is to check everything and do not take anything at face value.

About that myth debunking…

Webster’s dictionary refers to a myth as an untrue story.  Yet, I have never been happy with this definition.  The word myth comes from the Greek word mythos, which does not mean an untrue story, it means a scheme or a plan.  It reflects patterns that often exist beneath the surface.  Mercury does have a pattern and since he is the god of communication and the archetype of understanding life, he has his own modes of operation.  In many ways, Mercury is a fate – because we are all fated to have experiences, live our lives in some capacity, and learn the most we can from day to day living, but there is no myth that says we are fated to live Mercury retrograde in destructive ways or be its passive victim.  Like Epimetheus, we are given hindsight in order to reflect and make changes that are productive in our lives and for our inner being.

Use this Mercury retrograde cycle to learn as much as you can about your recent experiences.   Note your mistakes.  Change your patterns.  Most importantly, live your life.