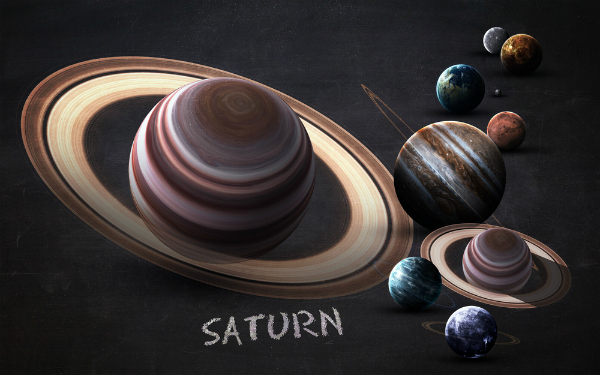 So, in October, I wrote about Jupiter’s transit into secretive Scorpio and how the Harvey Weinstein news story completely blew up.  Since then, a day has not gone by without new allegations and an emboldened #metoo campaign initiated by actress, Alyssa Milano.

Sexual crimes are nothing new and not part of a ‘new’ society gone wild.  Cases of women (and men) being abused by the powerful reach back for thousands of years, and there are three cases of sex crimes in the book of Genesis including the rape of Dinah by Prince Shechem.  Allegations are not enough to stop rampant sexual abuses.  Instead, we need legislation, prosecution, and convictions for the bulk of abuses to end.

But, how is that going to happen?

On December 19, 2017, Saturn will move out of fiery Sagittarius and into earthy Capricorn.  Capricorn rules governments, big business, corporations, the economy, authority figures, and banks.  So, we will be dealing with some rather interesting folk for the next 3 years.

But, let’s first get to what Saturn means, which tends to be negativistic if you read most pop astrology blogs.

After reading all that, you may need a cocktail.  (May I suggest a martini, extra dirty?)

Even in mythology, the Greek Kronos (Saturn) is a rather peculiar and paranoid god.  His story begins by leading his titan brothers and sisters to defeat their father Ouranos, who found the Titans disgusting and imperfect.  Armed with a sickle, gifted by his mother Gaia, Kronos castrates his father and tosses his testicles into the ocean.

One day, Kronos decides to visit an oracle (never a good idea in myth) and is told that one day one of his children would overthrow him and take over the throne.  Kronos then would snatch his children from their mother Rhea and would swallow them to prevent them from growing older and rebelling against him.  Of course, Rhea becomes completely bitter and angry at the destruction of their children, and eventually deceives Kronos and disguises her newborn son Zeus as a rock, and feeds him to his father.

Rhea sent Zeus to be suckled by the sea goat Amalthea in the wild until he grew up.  Allied by several of the Titans that were opposed to Kronos rule, Zeus led a rebellion and overcame Kronos and released his siblings from their gastrointestinal prison.  The oracles prophecy comes to pass when Zeus becomes King of the Olympian Gods.

This version of Saturn is where the bulk of the keywords associated with the ringed planet comes from, but there is another part of the Saturn myth that is often overlooked, and this dimension of Saturn is equally important.

In Hesiod’s, “Work and Days,” he divided the timeline of humanity into ages — Gold, Silver, Bronze, Heroic, and Iron.  Each of these ages represented a decline of individual values from spiritual to the material.  Currently, we are in the Iron Age.

Kronos rules most of the Golden Age, which was a time of great peace and prosperity for mankind.  As the god of time and cycles, he ruled over the seasons and earth was so fertile and abundant that humans were not forced to work because mother earth ALWAYS provided.  During the Golden Age, people lived very long lives and died with honor and nobility.  There was no such concept as war, pestilence, disease, or strife.  And, the concept of the Golden Age exists within many mythic structures including the biblical story of Adam and Eve before Original Sin.

The Golden Age even exists and holds power over us today.  You can see it come to life if you open Facebook and see a post from someone that has reverie over past times.  We have even terms like ‘back in the day’ to remind us that the world used to be a different place and that we have nostalgia for what ‘once was’.   There is also a throwback to times long past values.  You can see this all the time when people talk about the values of their childhood, even though they abhorred the rules and regulations forced upon them then.

In myth, Prometheus, one of the Titans, eventually led to the end of the Golden Age by gifting humans with the gift of fire, which in Jungian terms is symbolic of inspiration, individuality, and foresight.  The gift of fire made it possible for humans to abandon their devout worship of the gods and rely on their own ingenuity, creativity, and passions.  Despite our musings of the past, most are concerned about their future.  We tend to ignore the gifts of the now in favor of something wonderful that is going to happen next year.  And, this is why Saturn is often so difficult.

Saturn is not a god of heaven; he is a god of the earth.  His domain is reality and not the potentials and possibilities of tomorrow or an afterlife.  Violating his laws have consequences and are not easily swept away by confessing your sins, and the belief that the price has been paid for in advance by a savior god that suffered for you.  If you follow Saturn’s laws, then life blesses you with peace and prosperity, but if you force your own will upon nature, Saturn’s punishments are often brutal and unforgiving.

The word Saturn in Latin means ‘to sow’ and Saturn is usually seen in paintings with the sickle his mother (Gaia) gave him.  He reflects that what we sow, we reap, and this can be for good or ill.  It is through Saturn that we become responsible (he is the Karmic Cop, after all) for all our actions, and we will either get our reward or comeuppance.

There are a lot of rules (Saturn loves that) to receive Saturn’s rewards:

Most of the items on the list are boring and could be considered banal drudgery.  But, we need structure and foundation to protect ourselves from a chaotic world, and the way Saturn expects us to do that is by going out into the world and achieving something.

The good news is that you always know when Saturn is coming, and you can offer him the homage that he requires.  If Saturn is transiting a part of your chart, you can begin to build structures and foundations in that area and prevent some of the more difficult dimensions of the transit.  For example, if Saturn is about to enter your 2nd house, the traditional meaning would be frustrations and difficulties with finances.  Now, a more productive way of working with this transit is to begin to look at your finances and honestly make choices and decisions to conserve more money.  Since the 2nd house is also about values, then analyzing what you value is also important.

(If you need to get a copy of your horoscope you can get it for free on my site, and I even include a guide to help you read it.)

I am always in awe of synchronicity when I am writing an astrology article and the news of the day seems to coincide with my content.  As Saturn finishes its last few days in Sagittarius and gets ready to move into Capricorn, President Donald Trump is retweeting questionable tapes about Islamic extremism and on Capitol Hill, lawmakers in the Senate are about to sign a new tax bill, which many consider highly slanted towards the wealthiest of Americans.

Saturn in Capricorn will manifest in several ways, but one of the paths of least resistance is through hierarchy and the preservation of what has already existed.   However, I think this go-around we are going to see hierarchy not just about who has more money than someone else and stations in life, but also through sexual roles and racial dominance.  And, although there has been enormous progress made, the general attitude of this transit is to preserve the status quo.  So, there could be heavy blowback in racial relationships, gender roles, and sexual orientation laws.

Each sign that Saturn transits through has a fear that needs to be addressed.  In the case of Saturn in Capricorn, that fear is the chaotic aspect of human nature.   Life is just unpredictable, and like Kronos swallowing his children to preserve his status and fear of the unknown, we may see laws enacted that attempt to protect us from ‘outside forces’ that are unknown and unmanageable.  For example, net neutrality is one likely suspect, but the issue regarding cryptocurrencies (Bitcoin) and their tendency to attract alleged unsavory individuals could come under investigation and regulation.

Security and stability are also important to Saturn in Capricorn.  Of course, the process of feeling secure and stable could ultimately lead to difficulties on the world stage and the potential for warfare, but with Uranus moving into Taurus (I will write about that transit in my 2018 article) issues surrounding money and sudden shifts financially could occur.

During Saturn’s transit through Capricorn, he will encounter Pluto in 2020.   Pluto’s transits through a sign reflect an underlying need to eliminate what is corrupt or life-threatening to secure the survival of the species.  Pluto is not concerned with individuals and individual desires, he is concerned with survival, and when conjoined with Saturn this can lead to some rather nasty business.  Each sign Pluto transits through an enemy is invoked based upon the sign he is in, which in this case is Capricorn.  Leaders and those at the top are under fire and Pluto will seek to root out those leaders that are corrupt.

Now leaders are not just going to roll over and give up power and the corrupt are not going to willingly reveal their schemes on the evening news, instead, they will try to hold vigorously onto their positions.  Of course, we are seeing the seeds of this now beginning to blossom with the attack on the press and terms like ‘alternative facts’ making their way into pop culture.  Information is being distorted to serve the powerful, and more of this will occur because Saturn in Capricorn likes preservation.

I am sure you are thinking, “Storm what can I do about it?”

Saturn in Capricorn does not just happen on the world stage.  It happens to every one of us.  We have a Saturn in our charts, Saturn is currently transiting through a house in our chart, and Saturn will make aspects to planets.   As I discussed earlier, Saturn requires homage and if we are brave enough to listen to his cues, then we will be blessed with rewards, but if we try to usurp the god, then frustration and limitations will occur.

I think with any transit, we can begin by asking ourselves tons of questions.   Let me give you the ones necessary to make a relationship with Saturn, and then you may experience some of his blessings, as well.

These questions are just a start and I am sure that you can spend hours finding sub-questions to analyze where you stand with these.   The best way to develop a relationship with a planet is to start living what it requires, and developing a relationship with Saturn is extremely important.  Saturn is our psychic skin; he protects us from the outer world.  He can provide us with tremendous gifts.  But with Saturn, you must have the courage to work for them.

If you are frustrated and tired of the rollercoaster of life, then getting a full look at how Saturn is going to influence you over the next few years may be the answer.  You can schedule a consultation with here.