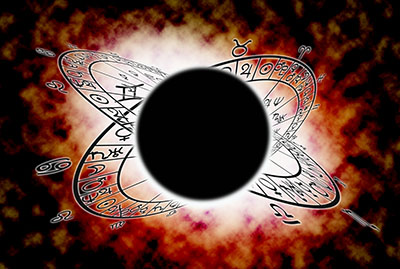 I would like to see a show of hands of all of my readers that have handled life perfectly, and have not made any mistakes?

And, I don’t expect to see any because that person does not exist.

If that person does exist, please have them email me because I need the scoop on that.

Let’s be frank.   We have all, at times, bombed at life.  I know, I have.  I have done some things that I deeply regret.  During those periods of my life, I like many others, have fallen very easily into victim mode and I’ve laid in the sick bed of the ‘my life’ sucks plague and hoped that the world would just move on without me, and hopefully my problems would simply go away – and not by magic, but through osmosis.

I have discovered something rather remarkable as I went through the process of dealing with my own internal issues, and it is kind of a big secret….

If you do not resolve or deal with your issues, the universe will do it for you.

There I said it and it is usually not an easy path the universe presents us with either.  In fact, it’s usually quite painful.

This brings me to the lunar eclipse in Pisces…

Now, when most people think of the sign of Pisces they think of those gentle poetic souls who wouldn’t harm a fly and are at service to the greater good of humanity or they think of the drunkard, drug addict, or vagabond who has allowed life to defeat them.  However, there is something much more potent, powerful, and savage to this sign than what appears on the surface and getting to this inner core really gives us a glimpse of how to use this eclipse in our lives – which is the point of this blog and pretty much the point to all my blogs.

Of course, you know I am going to lay out the mythic scene.   So, get your coffee (or wine with Pisces might be more appropriate) and let’s begin.

I have never really been happy with the mythic figure of Poseidon (Neptune is his roman counterpart and the planet named after him is the ruler of Pisces) being a suitable image for Pisces.   Poseidon is an earthy god and the god of quakes and even though he seems to have been given domain over the realm of water, he is really not a watery by nature – well, except that occasional tsunami or pretty image of him causing a tidal wave on Xena, the Warrior Princess.

The realm of Pisces is extremely fluid and being a mutable sign it connects to a realm of life that is not so readily contained.  It is feminine in nature and receptive to the undercurrent of collective principles being the last of the signs, yet if you think about it, Pisces might be the uterus of a new beginning that will birth itself in the first sign of Aries. After all, every ending has a new beginning.

Perhaps, a more suitable image for Pisces is the Greek god Dionysus.  He is the son of Zeus and Semele (a mortal).   His birth is extremely interesting because his mother Semele was tricked by Zeus’s wife (as wives might do with cheating husbands) into requesting that Zeus reveal himself in his full glory.  Upon the request, Zeus transforms into searing light and Semele burns up, but before Semele is completely annihilated, Hermes (Mercury) rescues Dionysus and sews him up in Zeus’s leg.  Dionysus is born and Hera is not happy with him surviving, so she sends the titans (earthly life) after him, and they chase him around and eventually catch him and dismember him.  His remains are fed to the goddess Persephone with a pomegranate and he is reborn once again through her.  So, he is often considered twice born and I think that this is connected to the duality of Pisces.

Dionysus is a bit of a wild god.  He roams around the earth and gets drunk with his rather curious friends (satyrs and centaurs) and has a group of women called maenads (where we get the disorder mania from) that accompany him.   He is a bit of a rock star and his followers love him despite his rather precarious behavior.  At times, his maenads get a little crazy and do some rather wild rituals which were considered orgiastic rites and this is the reason that Dionysus is often considered the god of ecstasy.

Now, we get to the good part and how I feel that this corresponds with the current eclipse:

One day Dionysus and the maenads stumble upon a town (probably drunk and disheveled) and the presiding king, whose name is Pentheus, does not grant him entry, but arrests him because he simply did not like his appearance.  Of course, Dionysus is a god and cannot be contained and Pentheus discovers that he has imprisoned a bull (perhaps a symbol of bullheadedness) instead.  The maenads all bust out of jail and go up to the mountains and start ripping apart animals and initiate Pentheus’s own mother into their circle.  Pentheus tries to stop them, but the maenads tear him limb from limb and stick his head upon a pole and march him through the center of town to the horror of the townfolks.

This is some rather grisly imagery and is not the greek version of One Flew Over the Coocoo’s Nest that one would expect from the pop astrology description of Pisces, but more a new season of American Horror Story.  However, the irony is that Dionysus and Pentheus meet a very similar fate – both the god and the king are ripped apart (one by worldly life and the other by the collective group) and are sacrificed in some manner and perhaps this ‘sacrifice’ is key to the sign of Pisces.

We all essentially have to give up something and this ‘something’ is usually what causes the ‘plagues’ we seen with the preceding eclipse in Virgo.

Funny how that works, huh?

The Meat and Potatoes:

So, how do we translate the story of Dionysus into something we can use in our lives?

I thought a lot about this before writing this blog.

I believe we are living in very trying times and that there is a lesson to be learned from it.  Pisces has to do with the collective and I believe this eclipse is sending a message to all of us.

I stated earlier that Pisces is not as one dimensional as pop astrology would like us to believe.  Yes, it is very intuitive and healing is part of the sign and many of us – myself included – have had to reach the bottom of the ditch in order to begin to feel the redemptive powers that Pisces has to offer.  So, in order for healing to take place there has to be a wound, and Pisces is often the storehouse of collective poisons and the wounds we need healing from are collective ones (because the eclipse is in Pisces) rather than personal.

In my eclipse post on the solar eclipse of the sign of Virgo, I wrote extensively about removing the plagues from our lives.   Pisces is the opposite sign of Virgo and it reflects the chaos from our lives that ultimately needs to be removed.  However, in order to do so we might have to face some very uncomfortable truths.

One of the most important things to understand and recognize is that human beings are just as savage as nature.  We coagulate in groups that often tear others down, we forget sects of society because it’s easier for us to pretend they don’t exist rather than collectively address the concerns of societies have forgotten and ignored.  We often bathe ourselves in the putrid waters of political correctness because being exiled is terrifying and our addiction to external pleasures has caused us to project evils onto ‘redeemer politicians’ that ultimately fail because we refuse to acknowledge a world that we all created – not just the politicians.  Yet, in the next breath, human beings are capable of enormous compassion, and perhaps like the kabbalistic sages suggest, unity is one of our collective super powers.  Getting to unity is what we must strive for if we want true change.

In many ways, we are like Pentheus failing to acknowledge some of the darker sides of our nature and the results of ‘losing our heads’ has birthed terrorism, hatred, divisiveness, social inequality, social injustice, and the numerous blind spots or denials we have towards life.  Are we really evolving as a species or are we simply progressing forward in robotic motion towards a world that is increasingly terrifying, yet one that we all crafted by our actions or inactions?  Are we creating a world that the universe, which probably has a more innate intelligence than we do, will have to fix and probably in ways we may not particularly enjoy?

I don’t have any real anecdotes for this eclipse – it’s bigger than all of us and with the eclipse conjunct Chiron (wounds), our wounds may become apparent.  However, I do believe that like the individual, the collective has to deal with its issues or the universe will do it for us.  Perhaps, the answer is our individual growth and development, and having the courage and conviction to face our own unconscious urges (Dionysus) might help.  If not, sooner or later, the chickens will come home to roost.

“Man, if indeed thou knowest what thou doest, thou art blessed:  but if though knowest not, thou art cursed, and a transgressor of the law.”