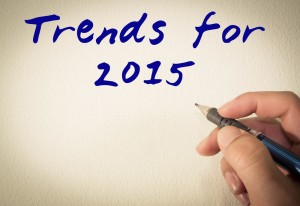 Governments and its citizenry as people become more individually self-aware and exercise more of their God given potentials – all of which has been spawned by disruptive Uranus squaring the planet of survival, Pluto.

In 2015, we have the last of a series of 7 squares.  Based upon current news trends (I am writing this on Thanksgiving Day – late November 2014), issues regarding race relationships, continued political discontent, congressional deadlock, an unending military presence in the Middle East, and the latest naked pictures of Kim Kardashian will highlight the news of the next year.  Whether or not we have learned any lessons as a collective is questionable – especially when we continue to elect the same politicians, are consumed with materialism, and insipid superficiality.  Perhaps we have to reach DEFCON 0 on the apathy meter before the resilient human spirit ushers in the ‘change’ that we have all been waiting for.  However, as we have painfully learned, change is something that requires action not hope.

The New Year begins at the stroke of midnight for any given location and signifies the ‘seed level’ potential for the upcoming year.  Since the New Year’s chart is a moment in time, it can be read as an event chart.  As a kabbalistic and psychological astrologer, I prefer to use the midnight chart set for Jerusalem, but you can set the chart for your location or for the capital city of the country you live in for more mundane matters.

The good news is that the difficulties and struggles of the last few years are coming to a close and the overall energy of the year seems to focus more upon healing and rebuilding rather than anxieties and upheavals that seemed to have been the signature of recent astrological aspects.  However, we still need to be on our toes through March when the last of the Uranus square Pluto aspects are finally over.  So breathe a sigh of relief, the end is in sight, but in order to get to the other side we may need to face uncomfortable truths.

There are several interesting features in the New Year’s chart, but for the sake of brevity, I will only focus on its standout components.  Unsurprisingly, the Sun is once again entangled with Uranus and Pluto.  The Sun is the giver of life in any horoscope and when he is afflicted (difficult aspects or positioning) it means that there is a struggle in development.  Over the past few years, uncertainty in the world, uncertainty in the monetary markets, and political anxieties have resulted in a feeling of powerless (Pluto) in people.  Many are reacting rather impulsively (Uranus) to what appears to be information overload – much of which is irrational, yet some are in fact real threats.  However, as hoarding food, water, and toilet paper couple with watching chemtrails, package labels, personal privacy concerns, and the disease “of the day” occurs, the real issue is that people feel less secure in an unpredictable and increasing volatile world.

Perhaps the problem has not really been the cause of an out of control society, megalomaniacal corporations or out of touch corrupt politicians (although they have contributed their fair share), but a problem with people in general.  The Moon in the New Year’s chart lands in the 8th house of death, taxes, and inheritance.  In an event chart, the Moon can reflect our connection to the past along with our need (as a people) to feel secure and protected; whereas, the 8th house suggests a lunar inheritance from our parents and/or in this case, the choices and decisions we have made.  Rather than our being the passive victims of an economy gone sour, we may have to face the truth about our personal actions.  Has our need for consumption of the ‘latest’ in products combined with a rescue net led us to where we are now?  Have we forgotten our own responsibilities or has it just simply become easier to project the devil on the details?  These are just some of the questions that will arise throughout 2015, that if faced honestly and with humility, will help build a bridge towards healing our tomorrows.

It is interesting that Saturn – the planet that governs responsibility – is perched in the 2nd house of values.  Values is a rather tricky term because they are truly in the eye of the beholding and are as unique and individual as fingerprints.  But, the nature of Saturn in the 2nd, asks us to question what our values really are and whether or not our inner-worth is defined by external realities.  Although it is not surprising to find Saturn in the 2nd when the world economy is sluggish at best (although the US economy appears to be improving), it is perplexing that the stock market is at its highest in history.  Expect a possible correction to occur in 2015.  Furthermore, Saturn requires us to no longer look to the outer world or reliance on others to define our inner worth, yet face the fact that lasting inner value is striving to be the best version of ourselves that we can possibly be and develop the confidence to achieve it.

Saturn in the 2nd dovetails into the lunar nodes being conjoined to the Ascendant/Descendant axis – which has to do with our current experiences and often aspects to the ‘axis of incarnation’ (which also includes the MC and the IC) are the most readily felt within the horoscope.  It must be noted that the nodes are not planets and they do not act like planets.   Planets reflect archetypal drives and are personal; whereas, the nodes reflect where the lunar principles (needs, relationships, safety, security, and comfort) and solar principles (self-development and personal destiny) manifest.  In many ways the nodes feel more fated because they spawn exactly what we need to grow – in very profound ways – whenever they are active.

In the New Year’s Chart, the nodal placement’s meaning is rather specific:  It’s time for us to let go of our reliance on others (whether physical or psychological) and rely upon our own talents and ingenuity to transform and improve our careers, relationships, fiscal picture, our health, and most importantly our state of mind.  This is amplified by the South Node in Aries conjoined to freedom loving Uranus.  In order for us to remove the yoke of bondage, one first must recognize that they themselves have put it there, and then they can finally be free.

Despite the sobering lessons 2015 will bring, there are some bright points.  Jupiter will spend part of the year in individualistic Leo which allows us to be more open to exploring and improving ourselves.  Additionally, Leo rules the entertainment industry and some spectacular movies should be released and made during the first half of the year.  In August, Jupiter moves into earthy and practical Virgo and creation of new jobs, increased resources, food production, and health and fitness will get plenty of attention.

Jupiter makes several interesting aspects through the year – a trine to Uranus, a trine to Pluto, and an opposition to Neptune.  Jupiter trine Uranus will see advancements in technology and the increase of new innovative treatments for disease.  Jupiter trine Pluto signifies positive changes in our personal and social world, global economic improvement, and new opportunities that will help take more control of our lives.  Since Jupiter rules legal matters, it would not be surprising if his trine to Pluto addresses privacy concerns and possible ‘privacy based’ lawsuits with corporate entities (this is amplified by Saturn being in legal Sagittarius).  Finally, Jupiter’s opposition to Neptune will help us get in touch with our spiritual nature, but warns us of the potential dangers of being overly invested with guru’s or spiritual leaders.  All of these beneficial Jupiterian aspects will help us deal with our continued existential crisis.

Life Coach Stephan Labossier has the following to say about overcoming obstacles which is the clear theme for the upcoming year:

“Many times we are our own worst enemy.  If we learn to conquer ourselves, then we will have a much easier time overcoming the obstacles that are in front of us.”

Our obstacles are evident – economic instability, job insecurities, privacy concerns, governmental corruption, and a list of ailments as thick as a phone book.  This year we are asked to recognize our own complicity to our personal and global problems.  By facing these painful truths, we can begin to free ourselves from simply ‘surviving’ life and truly begin to live it. We can experience our inner worth on the inside, rather than seeking it in the outer world.  The astrology of 2015 gives us clear instructions, but the question is, are we ready to listen?

Here is an audio companion from the archives of Keep It Magic: