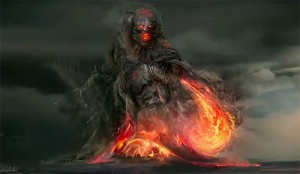 Is there a missing secret to dealing with Saturn?

The answer is an undeniable ‘yes’!

However, in order to get to Saturn’s secret sauce, it is necessary to ditch the rather two dimensional common interpretations of the planet that is considered ‘the great malefic’ and perhaps approach the planet with more understanding of its actual purpose in the horoscope which is to provide us with experiences and lessons to facilitate our inner growth.

On December 28, 2014, Saturn moves out of Scorpio and into fiery Sagittarius.  Scorpio is a water sign and during Saturn’s transit through the sign of the Scorpio, our lessons have centered on issues of survival, security, and the darker side of human nature (and within ourselves) in order for us to learn from our mistakes.  Sagittarius, though, is a fire sign which is a completely different ball of wax.

But, before we get into what Saturn traveling through the sign of the centaur means, let’s first try to understand Saturn on its own. 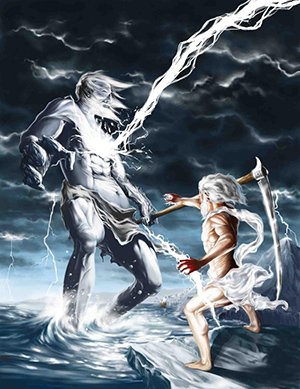 Kronos is probably one of the most lopsided figures in Greek Myth.  He is most known for devouring his children and ultimately being defeated by his son Zeus.  Of course, we get some understanding of Saturn’s darker side – rigidity, control, domination, limitation and fear from this single story.  Yet, what often gets lost, is that Kronos himself defeated his own father (Uranus) and ushered in the ‘Golden Age’.

Astrologically, Saturn (the Roman name for Kronos) may need a bit of redemption of his own.  After all, there is good to be found in virtually every mythic creature – even the most foul and odious – and it’s often through their toxicity that the quest of life comes alive and the individual journey begins.  So, Saturnian lessons and limitation are often a call to action to propel the individual to become more whole and evolved.

Another obvious place to look for Saturnian imagery is in psychology and Carl Jung’s concept of the shadow is a good place to start. According to Jung, the shadow is formed by the unconscious and represents the characteristics of the personality that are malformed and distasteful which the ego has difficulty integrating into conscious life that often evolve into our self-defeating and compulsive behaviors.  Because the shadow is unconscious and has adapted to conscious life rather primitively, it appears in dreams and fairytales in a monstrous form – dictators, beasts we are subjugated to, evil father figures or nasty vile fairies.  Additionally, the shadow appears in religious iconography as Satan or Lilith and in the mystical kabbalah as the opponent; all of which are viewed as negatively as astrology’s Saturn.  Thus, the shadow is connected to the Saturnian issues of fear and limitation and in our chart’s it’s where we are most hidden and the most vulnerable.

The most revealing symbolism for Saturn is found in the ancient art of alchemy.  According to alchemical literature, Saturn is referred to as ‘base material’ or the stuff that alchemists wished to transmute into gold. There is much we can learn from the ancient art of alchemy and its connection to astrology. Of course, the traditional interpretations of Saturn still apply, perhaps the ‘base matter’ is most significant here.  Alchemists long sought to remove ‘base materials’ of the self in order to achieve wholeness or inner gold.  Saturn reflects psychic materials in our unconscious that are ‘base’ or instinctual.  They are parts of ourselves that we would rather not let the world see  However, where fairy tale and myth allude through complex imagery and symbolism the similarities between the main character and their projected shadow form, alchemy is rather blunt and proclaims that the essence of ‘base matter’ and the essence of the alchemist are the same.   So, to state it simply, as the alchemist transmutes ‘base matter’ into gold, they transmute themselves in the process.  Saturn is where the inner gold in the chart is to be found and his transits and progressions often bring to the surface the inner gold in other planets.

But, what are base materials and how do we interpret these ancient symbols into modern day language?

Today, we live in a rather sophisticated world in which most of us are not concerned about day to day survival.  We no longer scrape the bottom of the barrel to sustain ourselves and metaphors like ‘turning lemons into lemonade’ are inspirational devices rather than actualities.   So, the modern individual has to adjust ‘base materials’ into deeper spiritual waters rather than the shallow pool of mundane life.  The closest thing we have to ‘base materials’ (besides the obvious) are the feelings and situations we experience – the good, as well as the bad – and these experiences form and craft who we are as individuals – and this psychological process in astrological terms is called Saturn.   This is why Saturn in esoteric circles is considered, “the lord of karma,” not because we are paying for crimes in a prior existence, but because our job is to master ordinary mortal life through its many lessons.  Hence, why the Sun and Saturn form the spinal cord of the chart – together they create experiences and lessons to foster growth and development within the individual to achieve wholeness.

Now, some of the experiences are pleasant and we feel stable and secure in them.  However, other experiences cause us pain that often at its seed level is the inspiration (or a better word may be germination) that ultimately propels us to triumph.  In many ways, those that suffer through Saturnian placements, transits, and progressions are forced to deal with the lessons of the real world, its obligations, and its ultimate rewards.  Furthermore, they come to understand that the lessons of life – even the most painful ones – are necessary catalysts for inner growth.  In the end, it is our job to alchemically transmute our pain into a more worthwhile substance. 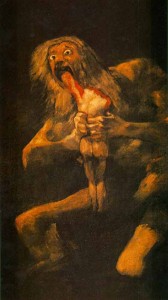 Saturn will spend the next 2 ½ years in Sagittarius (although it will briefly return to Scorpio for a few months in 2015) and I feel rather optimistic about it. On the mundane level, issues regarding laws, political reform, and religious attitudes (along with scandals) will grace the headlines.  Further, foreign relations and our interactions with the world at large, crisis in collective beliefs, prevailing attitudes and questioning political correctness may be necessary at this time.  However, on the inner level, our lessons will be more spiritual in nature and we will question our inner purpose, our passions, and our individual place in the future.

Sagittarius is a dual sign (as are all the mutable signs) which is perfectly symbolized in the mythic Chiron.   Chiron is an earthly deity who dabbles in a bit of everything, yet his major source of reputation was his ability to manipulate life through knowledge of herbs and magic in order to heal the wounded.   Moreover, the passionate, fiery, and inspirational motivations of the human condition resulted in him being the teacher of heroic figures whom were all filled with unbridled potential.  Chiron reflects the core of Sagittarius which is extremely optimistic and its natural mode of adaptation is to seek the greater meaning in any given situation and view life through the lenses of hope, inspiration, and envisioned possibilities of a bold new world – which can be difficult to see with Saturn transiting the sign.

Saturn can often block the initial impulses of an element when he transits the sign – especially if the sign is not akin to Saturn’s nature – which Sagittarius is not.  In the sign of the centaur, this can feel like life has lost its sense of purpose and direction.  Living seems to lose its meaning and can ultimately provoke anxiety and depression – both of which are powerful internal motivators.  It becomes our responsibility to dig within our own souls, because the lessons of Saturn in Sagittarius are intrinsically spiritual rather than mundane.  We, usually through a series of hard lessons, are forced to be true to ourselves.

Saturn’s job in any sign is to help develop a realistic experience; so invariably, a spiritual crisis is likely.   We all go through life with aspirations and ambitions, but often we fail to live out our true potential because we lose sight of our inner vision or may lack the ambitions necessary to achieve them.  Saturn in fiery Sagittarius (usually after a dose of purposelessness and lack of self-expression) urges us to put our ‘money where our mouth is’ and make something real with our visions which ultimately is our destiny and connection to God.  In essence, our lives need to have a purpose.  The problems and difficulties that occur while Saturn is in Sagittarius, could be the primal catalyst that ignites inner vision that turns lead (base matter) into gold.

Every god requires homage based on its nature and failure to pay is an act the ancient Greeks called hubris – a fancy word for spitting in the face of the gods.  Ultimately transgressing the gods results in severe consequences and myth is littered with tragic stories that could have been avoided.  Failing to pay homage to Saturn can result in lack of vitality, damaged self-esteem, and feelings of an unlived life – after all we all have to make something out of ourselves in order to be whole individuals.  While Saturn moves through Sagittarius, it is time for us to envision our futures and take the necessary steps to achieve our dreams.  This will rely on getting in touch with our intuitive perceptions and developing inner wisdom.  In many ways, Sagittarius is perhaps the only sign that can follow Scorpio, because its nature is to seek understanding and hope after painful experiences.  Saturn’s movement through the sign will offer us understanding of the past few years and the wisdom to craft, create, and implement a better and grander tomorrow.

Sagittarius would not have it any other way.  Will you?