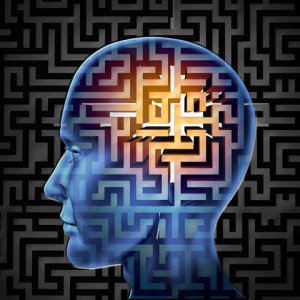 My purpose for writing this article is to provide knowledge of the use of the astrological horoscope as a self-help tool or to begin to study astrology in order to use it professionally.   As I have stated, it is my opinion that the horoscope is the best self-help tool that we can use to make great and lasting change in our lives. Further, I believe that it is probably the most powerful psychological tool that a therapist can use – despite the (still) archaic belief that the horoscope is the past time of those who live in a fantasy world, yet those with a cynical understanding of astrology pour over their own psychological models and maps that are similar in structure.

In order to learn how to use astrology in a more reflective (as well as interpretive) capacity will require us to learn some new terms.  Since the type of psychology that I study is more Jungian in nature, I will be using Jungian terms and models throughout this class.   However, I would like to mention that the Jungian model is not the ONLY model.   There are many other areas of psychology, such as Freudian and Adlerian that have their own psychological models and own languages.   The Jungian model is simply a starting point to give you some understanding of how the psyche works and operates, yet I encourage the study of other psychological models and theories.

Now, I know this information will be rather dense, and you will probably have to read over it a few times, but it will help you immensely when we begin to get into the actual reading of a horoscope.

Map of the Psyche 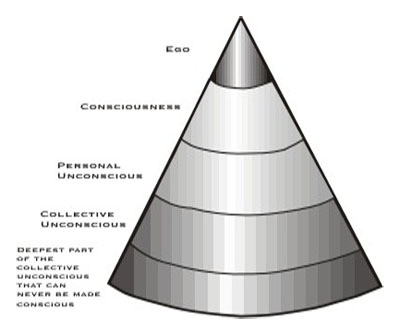 The above map is Jung’s map of the psyche.   As you can see it is a triangle divided into 5 parts – all of which are part of the psyche of the individual.   The top two levels which are labeled ego and consciousness are the conscious part of the personality.  The middle level is the personal unconscious.  The final two levels of the triangle are the collective unconscious and the deepest part of the collective unconscious.   Although it is not shown on this rather primitive map, normally a circle would be drawn around the triangle, which would be called the body.  So, to break this down simply we can use the following formula to define the psyche.

Consciousness is probably the easiest part of the psyche to define.  Simply put, it is everything that you know.  Consciousness provides us with the ability to interact with others, it includes our thinking, our ability to analyze and relate, and our ability to sense our environment.   In addition, the conscious contains a particular component which is called “the ego”.

What is the Ego?

Many religions and psychological theories define the ego in a rather pejorative way.  In fact, we get our word “egotistical” from this viewpoint.   Egotistical means believe that one is always best and never wrong.   The generalized viewpoint and pop culture belief is that the “ego” is some form of self-obsession, and is often a term used as a form of insult.  However, depth psychology defines the ego in a more sophisticated manner.

According to Jungian thought, the ego is the core of the individuality of the person.  It is absolutely needed, and without it we would not be conscious at all.  Further, we would have no way of measuring our experiences and understanding of life.

There are 5 ways that the ego regulates consciousness:

What is the Unconscious?

This is another word (notice in psychology a lot of them end up being derogatory) which often ends up being a form of insult.  We often hear people saying, “That person has a complex.”  I am sure that most of them would be shocked to know that we ALL have complexes.

There are many psychological complexes, and depending on our personality some of them are more pronounced and others are not really that active within the psyche.  A few that we all have feeling toned associations towards are the mother complex, the father complex, the money complex, the job complex, and the ego complex.

Complexes are easy to see astrologically.   We will discuss this at great length when we get to aspects later in the course.

What is the Collective Unconscious?

Astrologically, we have a rather sophisticated map for understanding and interpreting archetypes.  The planets Uranus, Neptune, Pluto, and Eris represent the movements of this rather particular dimension of life.  Further, we all have a 12th house which shows our individual connection to the collective – it is where the bones (psychological bones) of our ancestors are buried.

In the map above, imagine that there is a circle that surrounds the entire triangle and this will be the body.  In analytical psychology there is no difference between the mind and the body.   This means that what we experience psychologically will be made manifest through our bodies.   This is called somatization.  (I highly recommend you to review the work of Louise L. Hay, who has spent an enormous amount of her career focused on the link between the body and the psyche.  I recommend checking out her book, “You Can Heal Your Life”.)

Another way that somatization is experienced is through direct trauma.   When a trauma is experienced, often a “complex” can begin to manifest around the experience.   Often, when we either see, hear, or experience “feelings” (called flashbacks) that resemble the trauma it can create a response within the body.   This is common in psychological disorders such as GAD (generalized anxiety disorder) or PTSD (post-traumatic stress disorder).   When the issues are worked through – either by psychoanalysis or working with a tarotist or astrologer – the physical manifestation of the trauma can often be resolved.

This material is rather dense, and I encourage you to go over it several times.  Feel free to post any questions that you may have.   Many may wonder what this has to do with astrology, and I strongly recommend everyone have at least a working knowledge of how individuals operate.  After all, we are dealing mostly with people that come to us for consultations, or we are dealing with ourselves.  Understanding the larger dynamics can provide us with a bit of relief and hope.  We understand that life does not work in a vacuum and that we can all work through our concerns and issues and experience the positive that life has to bring.